The Wagoneer nameplate ran from 1963 to 1991 and over the 28 year production period spanned three different owners.  Below we discuss the various changes over the years along with basic specs and features.  While we focus on the Jeep SJ platform we also touch on the XJ which used the Wagoneer name from 1984 on.

The Jeep brand was initially owned and operated by Willys-Overland Motors which produced the iconic Willys Jeep which later became the Wrangler.  Willys also made the highly popular Jeep Station Wagon which the Wagoneer replaced on the market in 1963, although the Station Wagon was still made until 1965 as part of an overlap production plan.  It should be noted that the original Wagoneer was based on the Jeep Gladiator pickup truck and not the Station Wagon by design.

At the time of the Wagoneer introduction Kaiser Jeep Corporation owned Willys-Overland and helped fund the expensive development of the vehicle which would become unique as one of the first luxury four wheel drive SUVs.  Other 4WD vehicles of the time were highly utilitarian, while the Wagoneer offered amenities such as power steering and automatic transmissions.

In 1966 a more upscale Super Wagoneer was introduced with AMC V8 engines along with a myriad of convenience features such as tilt steering wheel, dome ceiling lights, air conditioning, power options, a one touch radio and console shifter.  These Early Wagoneers were discontinued in 1969. 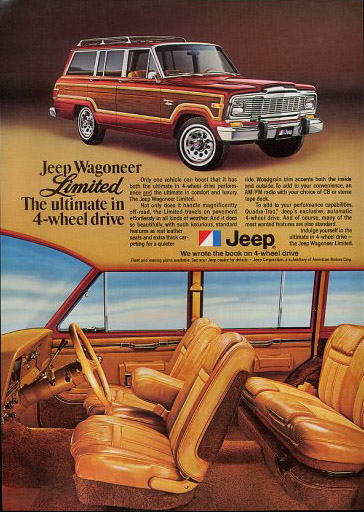 American Motors Corporation (AMC) purchased Kaiser Jeep and subsequently the Willys-Overland vehicles in 1970.  One of the big benefits for AMC’s ownership was being able to streamline and lower the cost of producing the Wagoneer which increased profitability substantially.  AMC made mechanical improvements amd additions to the Wagoneer as well offering more powerful V8 engines and Quadra-Trac full time four wheel drive.

There were few style changes to the Wagoneer however AMC offered a Limited trim along with the Custom and Brougham trims with various packages and features.  These were eliminated in 1984 when the Limited became the Super Wagoneer and the XJ (Cherokee) was introduced as the standard Wagoneer.   Although the early Cherokees were similar in look and feel they were designed on a different platform and thus are fundamentally different than the original Wagoneer models.

Chrysler purchased AMC in 1987 and oversaw production of what many Wagoneer enthusiasts claim to be the best made Wagoneer models.  These late model 1987, 1988, 1989 and 1990 Wagoneers are some the most popular and readily available used vehicles on the market.  The 1991 models are rare as only 1,560 were produced.  Listed below are some of the standard features included on these model year Grand Wagoneers. 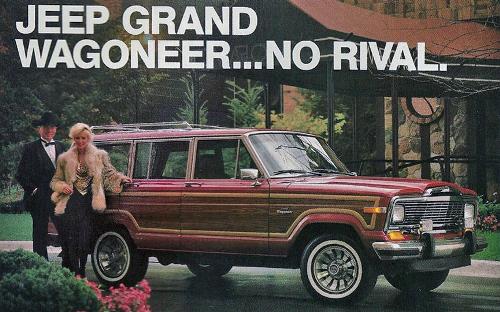 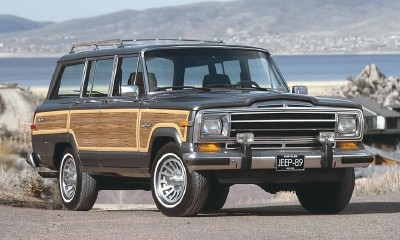 It was announced in early 2011 that a new Grand Wagoneer would be introduced by Chrysler as a luxury 7 seat SUV.  This however has yet to come to fruition.

Use the search box above to find a specific type of Jeep Wagoneer. If you want to check for vehicles by year or state/city use the links below.

If you are a seller and would like to see your Jeep featured on this site use the link below...